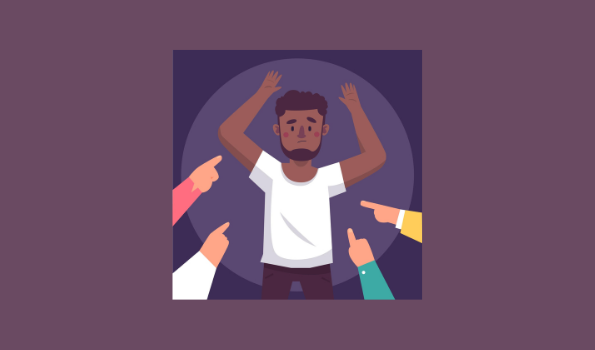 APA's Apology to Black, Indigenous and People of Color for Its Support of Structural Racism in Psychiatry

Today, the American Psychiatric Association (APA), the oldest national physician association in the country, is taking an important step in addressing racism in psychiatry. The APA is beginning the process of making amends for both the direct and indirect acts of racism in psychiatry. The APA Board of Trustees (BOT) apologizes to its members, patients, their families, and the public for enabling discriminatory and prejudicial actions within the APA and racist practices in psychiatric treatment for Black, Indigenous and People of Color (BIPOC). The APA is committed to identifying, understanding, and rectifying our past injustices, as well as developing anti-racist policies that promote equity in mental health for all.

Early psychiatric practices laid the groundwork for the inequities in clinical treatment that have historically limited quality access to psychiatric care for BIPOC. These actions sadly connect with larger social issues, such as race-based discrimination and racial injustice, that have furthered poverty along with other adverse outcomes. Since the APA's inception, practitioners have at times subjected persons of African descent and Indigenous people who suffered from mental illness to abusive treatment, experimentation, victimization in the name of "scientific evidence," along with racialized theories that attempted to confirm their deficit status. Similar race-based discrepancies in care also exist in medical practice today as evidenced by the variations in schizophrenia diagnosis between white and BIPOC patients, for instance. These appalling past actions, as well as their harmful effects, are ingrained in the structure of psychiatric practice and continue to harm BIPOC psychological well-being even today. Unfortunately, the APA has historically remained silent on these issues. As the leading American organization in psychiatric care, the APA recognizes that this inaction has contributed to perpetuation of structural racism that has adversely impacted not just its own BIPOC members, but also psychiatric patients across America.

Events in 2020 have clearly highlighted the need for action by the APA to reverse the persistent tone of privilege built upon the inhumanity of past events. Inequities in access to quality psychiatric care, research opportunities, education/training, and representation in leadership can no longer be tolerated. The APA apologizes for our contributions to the structural racism in our nation and pledges to enact corresponding anti-racist practices. We commit to working together with members and patients in order to achieve the social equality, health equity, and fairness that all human beings deserve. We hope this apology will be a turning point as we strive to make the future of psychiatry more equitable for all.

Want more information? Visit the Northwest MHTTC's Resource Library and Websites by Topic  and sign up for our monthly newsletter for regular updates about events, trainings, and resources available to the Northwest region.