Creating Supportive Environments for LGBTQIA2+ Students and Staff In Schools

The South Southwest MHTTC presents a four-part webinar series dedicated to supporting the LGBTQIA2+ community, which will be hosted from October 28th through December 14th. This new webinar series will bring professionals from the school mental health field to share knowledge, lived experiences, affirming practices, and resources to create supportive spaces for the LGBTQIA2+ community in schools in our region.

Captioning and other language interpretation services will be available upon request at least 7 days in advance. For this and more information or questions please contact [email protected]

Mx. Shane Whalley is a deeply relational and playful genderqueer facilitative educator, who has been facilitating workshops and conversations on issues faced by the LGBTQIA communities, cultural humility and responsiveness and social justice frameworks for over 20 years. Hir knowledge comes from my lived experience as a now elder within the genderqueer and queer communities.  Shane’s lifelong journey as a learner brought hir to the Steve Hicks School of Social Work at The University of Texas at Austin where ze completed my Master's in 2003 and continue as an adjunct faculty member until 2020.  Shane has also been the Community Coordinator for the Office of Equity at Austin Independent School District, the Education Coordinator for the Gender and Sexuality Center at The University of Texas at Austin and has worked at several mental health non-profits in Austin.  Shane enjoys engaging in conversations around the complexities of "all the things" whether as a mentor, consultant or educator.

Hendrix is a two-spirit, queer, and nonbinary person from Kiowa and Osage Territory (Shawnee, OK). Hendrix moved to O'ga P'ogeh Owingeh (Santa Fe, NM) in 2015 to pursue a Bachelors of Fine Art in Printmaking and Jewelry Making, graduating from the Institute of American Indian Arts in May 2019. They are currently the Program Coordinator for the New Mexico Genders and Sexualities Alliance Network (NMGSAN). The NMGSAN serves and empowers LGBTQ+ and allied youth, ages 13-24, to create safer, more inclusive and welcoming schools while also building stronger, more resilient young leaders and activists.

Kanoa is a māhū (trans) person originally from the SF Bay Area, currently living in Austin, Texas. For him, his role as a trans leader is both an honor and cultural kuleana (responsibility). He has founded and directed multiple organizations aimed at uplifting the lives of queer and trans BIPOC in both Texas and California. Today, he leads Trans Lifeline's Microgrants program, which disburses small grants to help trans people update name and gender markers on identifying legal documents.

Paul is an art educator, administrator, and artist passionately working to create safe art and art education spaces with an eye toward representation of people of color, antiracism, and LGBTQIA+ issues. When Paul’s son was in the first grade, he politely asked his dad to please find somewhere else to volunteer besides his classroom. Finding refuge in the art room, Paul began a journey that eventually led to a new career as an art teacher. In year eighteen of his service in public education, Paul presently serves as the Art Administrator for the Austin Independent School District.  He earned a B.F.A. in Studio Art and Art Education as well as a M.Ed. in Educational Technology Leadership from Lamar University. An active board member with GLSEN, Paul is on a multi-year journey to make the art classroom experience a safe and inclusive space by crafting high quality art education that embeds representation, race, LGBTQIA+ identity, and cultural equity work into the art classroom experience.

Originally from a tiny, rural town in Northern California, Frederick Heather co-founded their high school’s first Gender & Sexuality Alliance (GSA) club while obtaining their International Baccalaureate Diploma and editing the school newspaper. They earned Bachelor of Arts degrees in Spanish, Women’s Studies, and Linguistics from San Diego State University, and a Master of Arts in Gender & Peacebuilding from the UN-Mandated University for Peace in Costa Rica. Passionate about language accessibility and fluent in Spanish, Frederick is reconnecting with their ancestors and rejecting colonization by studying Irish; previously they’ve dabbled in Turkish, Dutch, Mandarin, Polish, Arabic, Russian, Nahuatl, and Miwok (the Indigenous language of their birthplace). Mx. Heather is Out Youth’s Advocacy & Education Manager, and has been the Texas GSA Network Coordinator since 2018. They have lived in Austin for more than a decade, committed to serving their community in nonprofit organizations supporting LGBTQIA2+ folks, helping survivors of domestic violence, and assisting Central Texans accessing reproductive healthcare. With extensive experience addressing political rallies, giving media interviews, hosting large-scale live webinars, and training folks in LGBTQIA+ cultural competence, Frederick is the rare weirdo who loves public speaking. Fiercely bisexual and genderqueer, Mx. Heather is working to destroy the gender binary... and capitalism, white supremacy and ableism, among other systems of oppression. When they’re not engaged in activism and social justice work, Frederick loves to write, read, travel, eat, dance with friends, and dote on their adorable dog. They consider themself a semi-professional booper of snoots, and yes, they do want to see a picture of your furbaby. 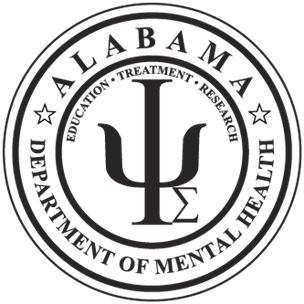 Meagan Butler is a Licensed Professional Counselor with specialized training in trauma informed practices and mental health. Prior to her current role as Austin ISD’s Secondary Counseling Coordinator, Meagan served as a school-based wellness counselor, high school counselor, gender and sexuality club sponsor, middle school teacher, and dorm parent. She has presented national and state-wide conferences, and was named Austin ISD’s District-wide Counselor of the Year in 2015.

Cassidy has provided therapy (individual, group, family constellation) at OutYouth since 2015 and in private practice at Hill Country Therapy since 2016, specializing in care for queer and trans youth, adults, and families. They are passionate about empowering disempowered and erased narratives in and outside of the therapy space. Additionally, they participate in the Gender Affirming Letter Project providing single session letters for gender care clients across Texas, facilitate single session family consultations for resource guidance in supporting their queer and trans loved ones, facilitate groups for kids in schools who otherwise may not have access to LGBTQ+ affirming services, as well as offer external trainings for other providers or groups about gender care and gender affirmation.

Isaac is a senior at the University of Texas at Austin studying Government, Plan II Honors, and LGBTQ+ Studies. As a Board Member and Policy Coordinator for the GLSEN Austin Board of Directors, Isaac leads professional development trainings for K-12 educators on the importance of LGBTQIA-inclusive classrooms, lobbies state legislators on inclusive school policies, and represents the Board at public hearings. Isaac worked for the Texas House LGBTQ Caucus during the 87th Legislative Session, where he defended queer and trans Texans from anti-LGBTQIA+ legislation and spearheaded the drafting and introduction of House Bill 4064, the first bill filed in state history that would prohibit bullying and harassment on the basis of sexual orientation and gender identity in K-12 education. After graduating from UT Austin in Spring 2022, Isaac plans to attend law school and eventually pursue a career at the intersection of LGBTQIA-inclusive education policy and public service.

Robert Salcido, Jr., he/him, is the Community Outreach and Engagement Manager at Equality Texas and serves as the Executive Director at Pride Center San Antonio. In addition to his community roles, he has extensive experience working with issues of equity, diversity and inclusion, LGBTQ+ education, and matters of discrimination, making him a sought-after consultant, speaker, and facilitator. Robert just ended a 3-year research fellowship with the Interdisciplinary Research Leaders program at the University of Minnesota, where he was a co-principal investigator of Strengthening Colors of Pride, a project studying LGBTQ+ health and resilience in South Texas. The project continues to build a culture of health through community connectedness and data driven initiatives. Salcido has also held past fellowships with Freedom For All Americans and the Victory Institute. Salcido serves on the board of directors for Planned Parenthood San Antonio and Planned Parenthood South Texas Surgical Centers as well as the Diversity, Equity, and Inclusion committees for the Interdisciplinary Research Leaders program at the University of Minnesota and the Boys & Girls Club of San Antonio. He was a founding member and past president of Orgullo de San Antonio LGBTQ League of United Latin American Citizens (LULAC) Council 22198. Under his leadership the council achieved District, State, and National Council of the Year in 2016. Robert was named Most Influential by Out In SA Magazine and 20 Most Captivating by the San Antonio Current in 2015. He was awarded the Alamo Region and Texas State 2016 Public Citizen of the Year by the National Association of Social Workers of Texas, honored for his leadership by the National Diversity Council in 2018 and named 'Best Community Activist' by the San Antonio Current in 2019. Salcido is a 2020 inductee into 'The Honor 41 List', honoring Latinx role models across the globe. Salcido was raised in Amarillo, San Antonio has been his home since 2001. Robert and his husband, Mike, enjoy traveling and playing co-ed softball. They have one fur-baby, a PitBull/Catahoula mix named Cyxx.